What you can expect

The registration for
the MARATHON EXPO
is expected to start in May 2022.

For over a decade, SCC EVENTS has hosted the Sport Community Convention twice a year, during the GENERALI BERLIN HALF MARATHON in the Spring and the BMW BERLIN MARATHON in the Fall.

With over 110/160 exhibitors respectively (Spring/Fall), it is a fixed part of our annual calendar of events and a popular destination for runners, sponsors, and up to 100,000 visitors and sports enthusiasts. 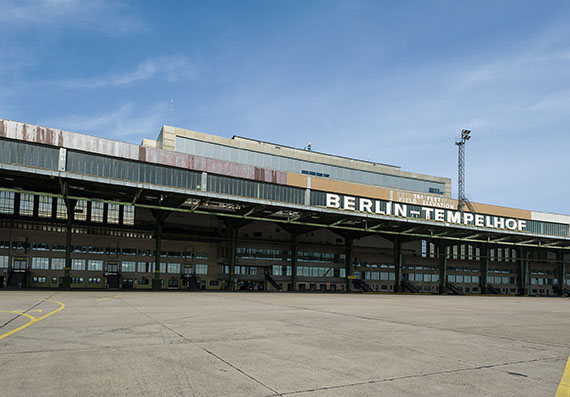 The former Airport Tempelhof is one of the most spectacular and historically significant event locations in the world. The building ensemble is being used for different events since 2009 - with an impressive number of events and visitors. Trade fairs, music and sport events also take place in Europe’s largest monument as well as product presentations, gala dinners and award ceremonies.
Already in 2012 there were more than 1,000 applications from event organisers. In addition, there were 200 interested parties, who wanted to take pictures and video-shoot. In 2012, more than 60 events were organised with more than half a million visitors.

Since October 2015, a few hangars as well as parts of the apron are being used as temporary emergency refugee accommodation and are not available for renting for events. Moreover, the main hall, the heart of the event location, offers place for your events as well as photography and video-shooting.